Skip to Content Jump to Main Navigation Skip to Search

You Are Here: EnEff-Campus Roadmap – Reduction of the user-area-related primary energy consumption of the RWTH Aachen campus by 50% by 2025 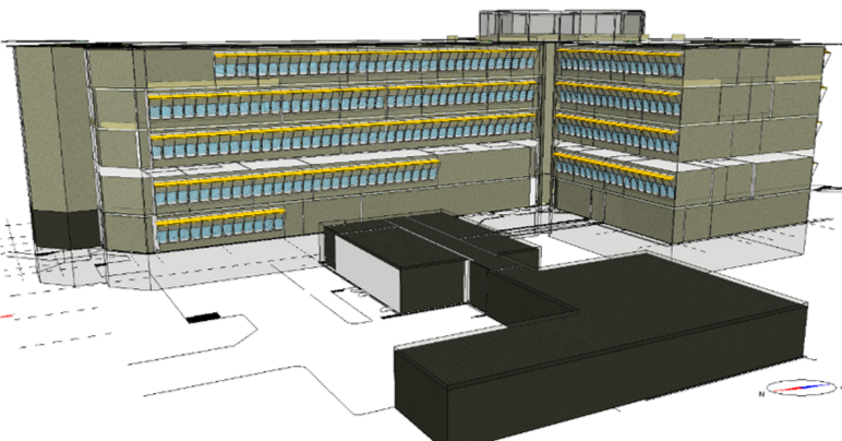 The central goal of the project "EnEff: Campus - RoadMap RWTH Aachen" was to reduce the user-area-related primary energy consumption of the RWTH Aachen property by 50% by 2025 on the basis of the measured values ​​2013/14. This goal was to be achieved for the building stock via a holistic and innovative overall concept with minimal effort. As part of the project, existing approaches at the university, both in facility management and in scientific concept development, were merged into an interdisciplinary project work group. A comprehensive, transferable methodology for energetic optimization of university campus properties has been developed and applied. The actual state was systematically recorded in a database and mapped in a dynamic neighborhood simulation. Together with integral data management, this creates the foundation for deriving the most efficient and cost-effective optimization measures and action packages. From these packages of measures three redevelopment variants were developed for the properties of RWTH Aachen University, which serve as a basis for decision-making for energy optimization and should enable the targeted primary energy saving goal.

The project was divided into three temporal packages. First of all, a database structure was developed for the provision of stock data, which makes it possible to make available the existing information, which in some cases varies widely in terms of granularity and fragmentation, in one central location for all project participants. The conclusion of the first sub package was an in-depth ecological and economic potential analysis and its visualization. Furthermore, in the three areas: building use, building envelope and generation / distribution, individual measures were developed to reduce the primary energy requirement with the lowest possible cost values. At the end of the project, these individual measures were integrated into the three eponymous roadmaps. The roadmaps differed in focus from an "Economics Scenario" (RM1), "Efficiency Enhancement Scenario" (RM2) and the "Efficiency Plus Scenario" (RM3). For this purpose, concrete target corridors were examined economically by means of capital value analysis. In addition, the savings achievable with the respective scenario were rated with their primary energy reduction.